Rose Adams was born and resides with two her children in Dartmouth, Nova-Scotia. She received her BA from Acadia University in 1979, her MA in Canadian Literature from Carleton University in 1981, her BFA in 1982 and MFA in 1986 from the Nova-Scotia College of Art and Design, and her Masters in Adult Education from Dalhousie University in 1994. Rose has done numerous exhibitions in Canada, Poland, New Zealand, and the United States. She has an extensive teaching career, teaching at Acadia University, Mount Saint Vincent University, the Tatamagouche Centre, and she is currently teaching at the Nova-Scotia College of Art and Design. In 2006, Rose Adams was inducted into the Royal Canadian Academy of Art (RCA). Her artwork is included in collections at the Nova-Scotia Art Bank, the Canada Council Art Bank, and in many other private and institutional collections. Rose is coming off the success of her Mid-Career retrospective shown at Saint Mary's University in January of 2014. 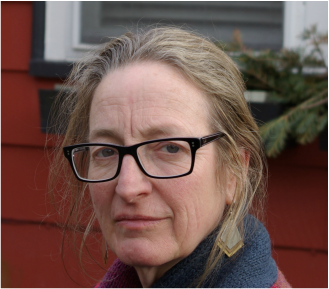